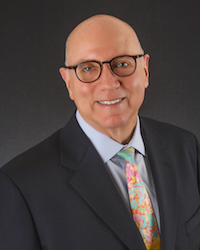 After graduating from law school, Mr. Feldheim worked as an associate at the Law Offices of Charles R. Miller, LTD in Cleveland, Ohio practicing in the field of personal injury with emphasis on auto accidents, medical malpractice, construction site injury and workers compensation claims.

In 1980, Mr. Feldheim moved to Michigan and began employment as an associate attorney at the law firm of Lopatin, Miller, P.C. While at the Lopatin law firm, he tried numerous cases in Federal and State Courts involving product liability, auto accidents and premises liability claims.

In 1985, Mr. Feldheim went to work at the Law Firm of Provizer, Eisenberg, Lichtenstein & Pearlman, P.C.  where he worked as an associate and then partner specializing in claims of personal injury. He tried medical malpractice, product liability, auto, construction site, FELA, and premises liability cases.

Mr. Feldheim is a member of the Wayne County Case Evaluation Tribunal. He is authorized by the Tribunal to sit on case panels hearing both medical malpractice and general personal injury claims.

Mr. Feldheim is licensed to practice in the state courts of Michigan and Ohio as well as Federal District Courts in those states. He is also licensed before the United States Sixth Circuit Court of Appeals and the United States Supreme Court. One of Mr. Feldheim’s jury verdicts against a truck manufacturer for $500,000 was appealed to the Michigan Supreme Court. The Supreme Court affirmed his client’s personal injury verdict ruling that he had successfully proven that a truck trailer was negligently designed as found by the jury.

State Bar of Michigan
Member Since: 1980

$1.125 Million Herniated Cervical Disc for a bull dozer operator on a construction site

Litigation Percentage
Contact Us
Practice Areas
Client Reviews
★★★★★
I want to thank you for everything that you did for me. Words cannot express how much I appreciate your kindness, your compassion, and your sincerity. You are one of the special people in life that touch lives and make a difference. I feel privileged with the opportunity of having you represent me with my case. C. Scott
★★★★★
Thank you so much for what you have done for me. I'm glad someone like you was there to help me through it. You are a very special and gifted person, Lani. Paul Dockery
★★★★★
Thank you for the experience and legal assistance during a profoundly stressful time for me. Your legal services were pragmatic, informative, and courteous. I will continue to tell everyone about you, your firm, and your excellent services. Thanks. L. Sanders
View More
Submit a Law Firm Client Review